The Corvette C3 was introduced in autumn 1967 as the third Corvette generation, which was built until autumn 1982. It was also called Stingray from 1969 to 1976, which was also shown as lettering on the body. The C3 was very successful despite initial manufacturing problems. Construction of the convertible, on the other hand, ended at the end of 1975 due to stricter safety regulations.

The new generation was characterised by a completely new design of both the interior and the body. The striking body design went down in car history as the “Coke Bottle Corvette”. Wheelbase and large parts of the chassis were taken over from the C2. The fold-out main headlights were no longer moved electrically from 1968, but pneumatically. The coupés were equipped with two removable roof halves (T-top) and a removable rear window. 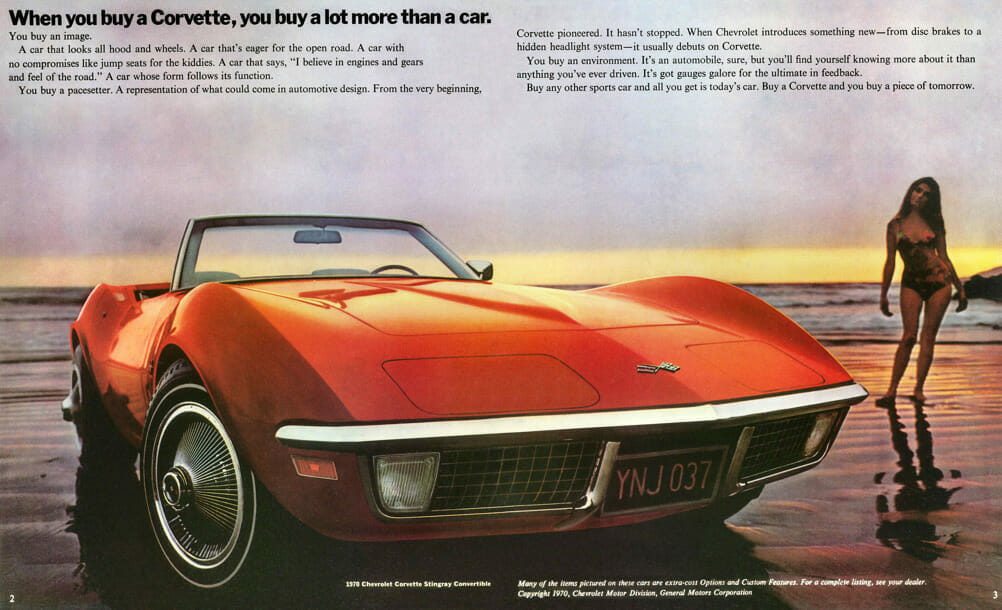 This is a 1969 Corvette C3 Stingray Convertible. It was delivered with the rare but more sporty 4-speed manual gearbox. This early Corvette C3 are known as Chrome model or Chrome Bumper.
It is equipped with a small block V8 302cui (approx. 5.0L, 4 bolt from Camaro Z28) with the engine number # 3970010. The engine was upgraded with a hotter camshaft, alloy cylinder heads so that it produces around 350hp.

The Owner states that it goes like hell and is nothing for beginners.
The Vette was bought with US Title 2011 and was owned since then by the current owner. The previous owner was a cop from New York.
It was registered in Germany by Classic Lounge Leipzig. They also did recent repairs and updates on the Car :
A Flowmaster exhaust system for brutal V8 sound was added.

Many new chassis parts in 2021

Here is the last expertise from Classic Data. 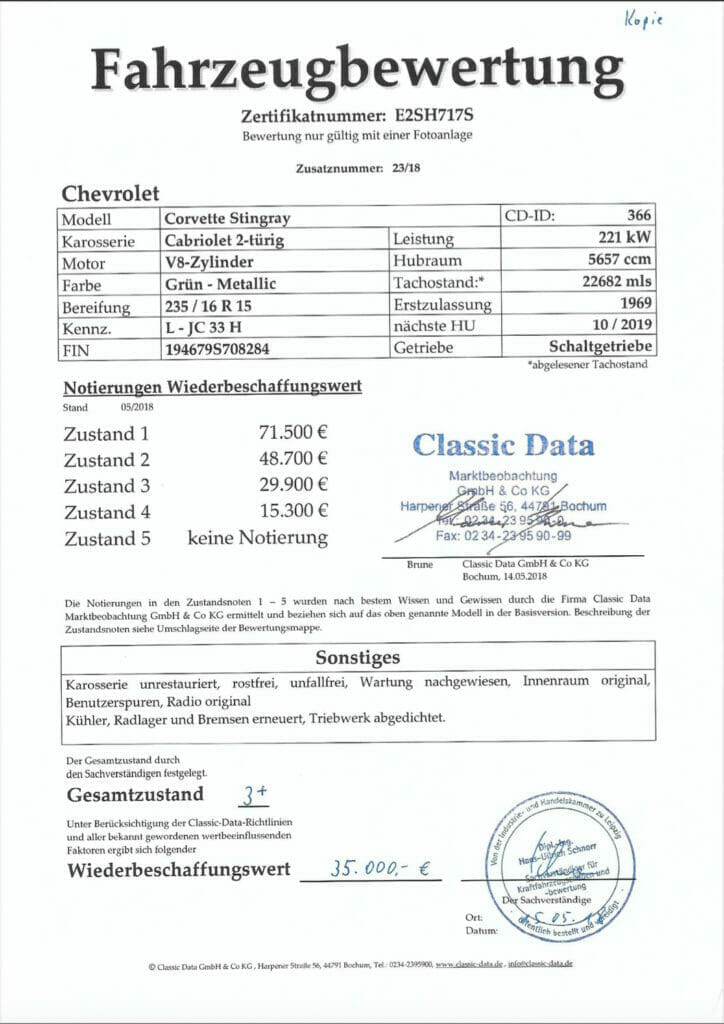 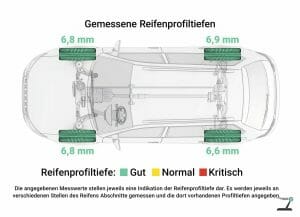 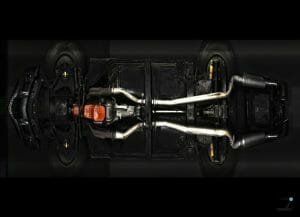 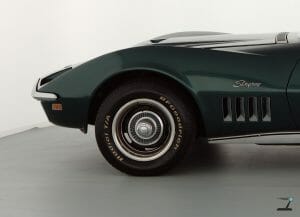 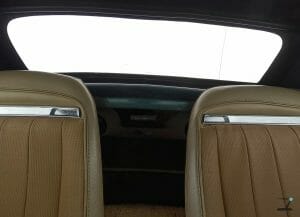 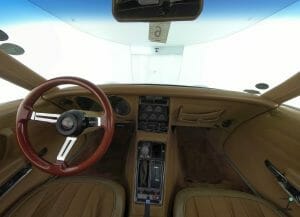 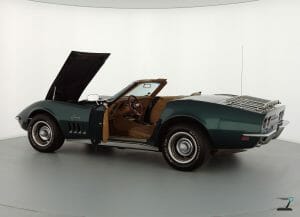 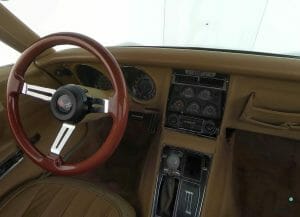 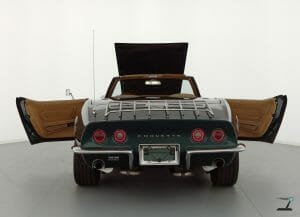 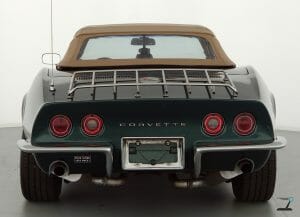 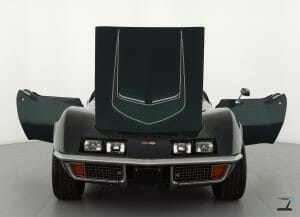 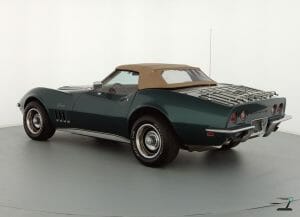 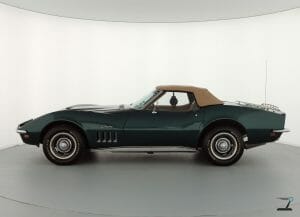 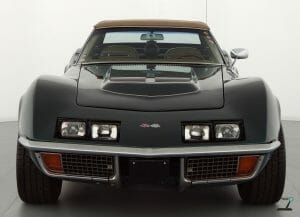 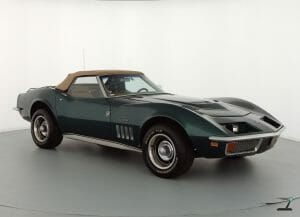 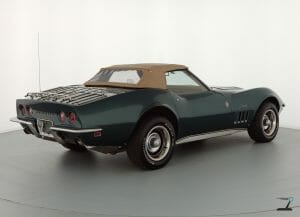 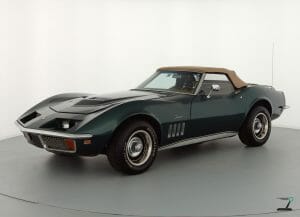 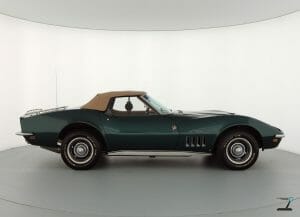 Cover the Insurance with our Partner and only pay € 183,-/per anum. Calculate it here