The Finnish Volkswagen importer Wihuri offered its customers ready to drive rally cars at the time. One of these customers was the racing driver Leo Kinnunen.

After various successes in national sports car races, the Finn became a works driver for Porsche. From there he went to the British John Wyer, a successful team manager in sports car racing, for whom he drove in 1970, together with Pedro Rodríguez. The team became the dominant pair in the 1970 World Championship in their Porsche 917, with Kinnunen and Rodríguez winning the Daytona 24-hour race, the Brands Hatch 1000km race, the Monza 1000km race and the Watkins Glen 1000km rally.

Kinnunen also achieved a certain notoriety for his daredevil drive at the Targa Florio, also in 1970, in a Porsche 908, setting by far the fastest lap ever achieved on the Sicilian circuit at 33 minutes and 36 seconds. Leo Kinnunen was also the first Finn to take part in a Formula 1 World Championship race.

This VW 1302 S Rally was raced by Leo Kinnunen for Wihuri at the Pohjola Rally ( northern lights rally) on the 28.11.1971. He took the first place with his Co-driver Atso Aho. Shortly thereafter he purchased the Car, registered it under his name with the New License Plate TCT – 193 and raced it at several Rallies until he sold it in 1978.  The car than changed hands several times  and was in use until 2014 and has a continuous racing history. It has FIA papers and is equipped with Weber 48 IDA carburettors, ZF gearbox, bucket seats, roll cage and Eberspächer auxiliary heating. 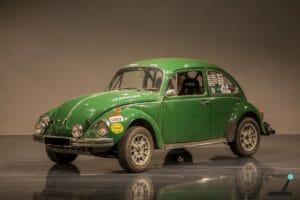 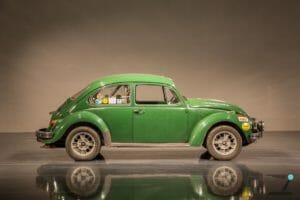 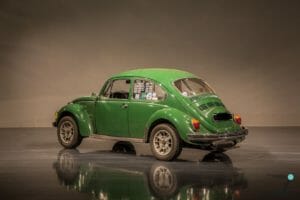 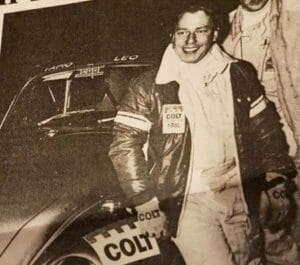 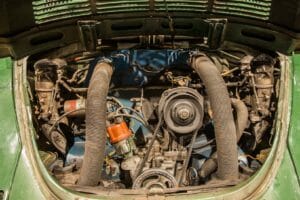